Featured rental properties in and around Morningside… 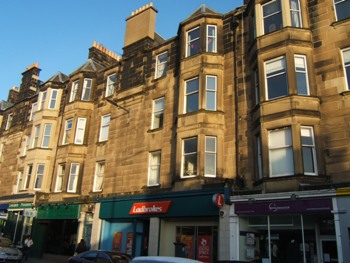 The Morningside area sits on the ancient Morningside Road, which is one of the main routes through Edinburgh towards Carlisle and the south. It was a village until the 19th century when the building of the Edinburgh Suburban railway brought it closer to the surrounding communities.

These days it’s a peaceful area retaining a huge amount of historic architecture. With just the right amount of services and amenities you’ll feel like you’ve stepped back in time to a snapshot of idyllic urban life.

There’s also a great choice of secondary schools nearby, meaning older kids can see more of the city while being based in beautiful Morningside.

The local businesses are very community-focussed, with many independent retailers and entrepreneurs choosing this area to set up shop. Take a stroll down Morningside Road and you’ll find a bright collection of designer clothes shops, photography studios, florists and art galleries, to name a few. There’s also a community of larger businesses like financial advisors, banks, architects and estate agents.

And basic shopping couldn’t be easier. You can choose from the smaller grocers, bakers and butchers on Morningside Road, or make use of the local supermarkets, which include a Waitrose and a Marks and Spencer.

Because of the range of goods and services on offer, not to mention a few charity shops, Morningside is popular with students from the university and art college. Which inevitably means there’s a great collection of friendly bars and pubs. Being primarily a residential area away from the main clubbing streets of New Town, you won’t find yourself overwhelmed by rowdy groups on Saturday nights. It’s a much more relaxed atmosphere where you can go for a quiet drink in a stylish bar or sit outside and watch the world go by.

When you do need to get into town it couldn’t be simpler. Edinburgh’s transport system is famously efficient, with buses running throughout the city all day long and the new tram line (finally) up and running in the city centre. Morningside sits on eight different bus routes, meaning virtually every part of the city is just a hop-on-hop-off away.

Like most of Edinburgh, Morningside’s history has been well preserved. The Morningside Clock is perhaps the most famous landmark, but there is also the extravagantly decorated Canny Man’s Pub and the Bore Stane monument. Many of the shops date back to Victorian times and have been kept looking that way.

The Dominion Cinema is popular throughout the city for being one of the few places you can watch a film on a cinema screen while lounging on a sofa.

All in all, Morningside has everything you need for a peaceful life in an ancient part of a historic city.

Arden Property Management offers a tailor made letting service for Landlords, with no up front charges and no fee due until the property is let. There are no hidden costs or added admin fees - just a genuine to desire to let your property to the right tenant, at the right price...